The IEEE 57-bus test case represents a simple approximation of the American Electric Power system (in the U.S. Midwest) as it was in the early 1960s. The data were provided by Iraj Dabbagchi of AEP and converted into the IEEE Common Data Format by Rich Christie at the University of Washington in August 1993 [1],[2]. 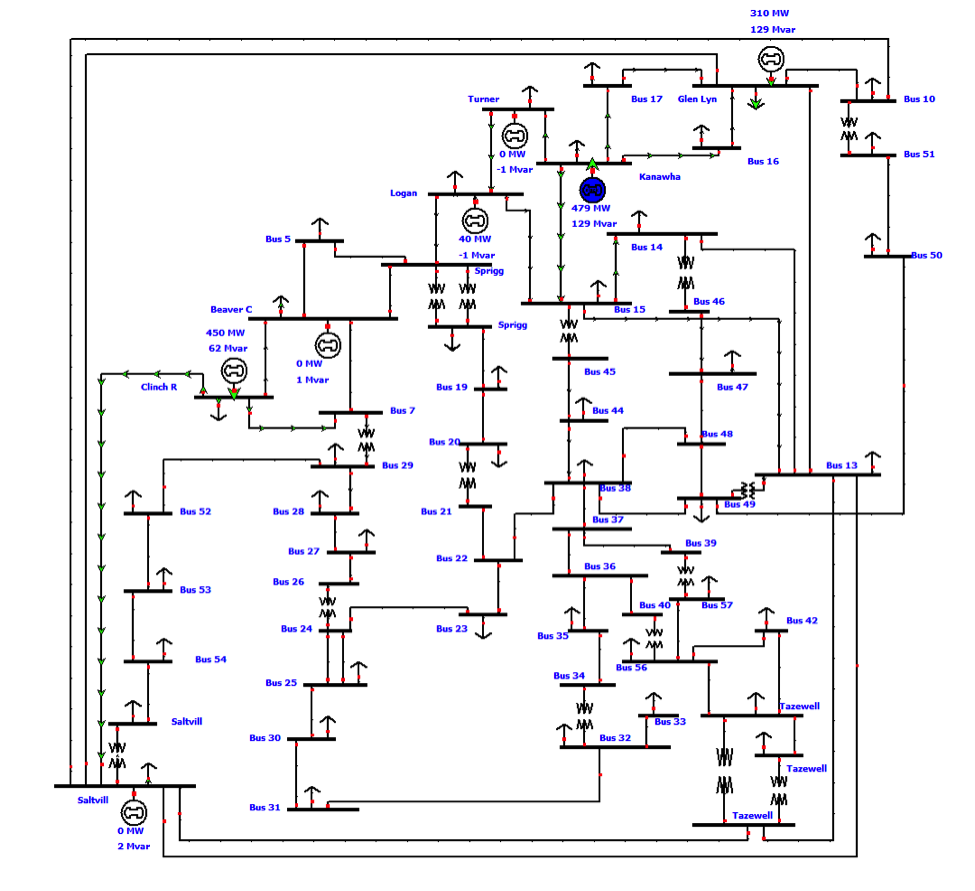